I have been using many cache plugins for wordpress ever since I started using wordpress platform for writing blog articles, but I didn’t like anything so far except WP Fastest Cache. Unlike the other cache plugins, WP Fastest Cache has been working fine from the beginning smoothly without any problems and without bloating its source codes. Even though it has less features compared to W3 Total Cache, WP Total Cache, it is sufficient for me, and is extremely lightweight for the server. This whole things made me to stick with WP Fastest Cache from the beginning, and didn’t make my mind to leave it and look for another even when I changed the web server to Nginx.

The plugin stated in its FAQ section, it supports to Nginx, but it turned out it only supports when Nginx is setup as a proxy server for Apache, where Nginx works in the front-end, meanwhile the apache does all the heavy dynamic content processing while sitting in the back-end. I contacted author and asked from him how to make this plugin works with Nginx, as you might have guessed, he stated the same thing what I also found through another reply as stated earlier. This almost made me to give up on WP Fastest Cache, and look elsewhere, but I couldn’t leave it due to its uniqueness and performance. Even though while I had been searching, I could find a working code, it wasn’t enough for me as it  doesn’t cover certain conditions. so I decided to write my own code, and test it in my own server to see how it turns out. With a load of trials and errors, finally I could produce something working, optimized, and almost equal to its apache counterpart.

The basic logic here is, if none of the above conditions are met, $condition variable is nothing, and thus the $fullurl  is simply “/var/www/html/wp-content/cache/all” as it is supposed to be, but if at least one condition is met, it turns out to be /var/www/html/wp-content/cache/allnull. Finally in the location block, try_files directive is used to serve contents depending on their availability. First it tries to serve $firsturl which is declared in the server block, as explained early, If at least one condition is met, it comes out as /var/www/html/wp-content/cache/allnull/index.html , leading to throw 404 error, but since try_files directive is used, it passes to the next order which is /index.php$is_args$args, meaning let the wordpress to take care of the request, meaning serve a fresh content. Basically, if cached files are not available fresh contents are served, otherwise cached files are served. Fresh contents require access to database, and utilize PHP; hence it costs CPU, and RAM, but cached contents virtually cost nothing, since the webserver is Nginx, contents are just HTML files, serving rate is extremely high. This tremendously decreases the page loading time, and improves the conversion, and retention rate.

In try_files directory, after $serve_URL, use $uri if you intend to serve any file format other than html/php, use $uri/ if you intend to serve directories, be aware that if directory listing is enabled, any request to such directory will lead the browser to show all the contents in that particular folder as in windows explorer. It’s strongly recommended to use $uri, because otherwise static contents like images, text files etc.. are not served.

You may remove “add_header” header, as they are used to debug the codes. If you want to see the result yourself, then let it to be in the code, and examine the header through F12 -> Network in Chrome to make sure the codes are working as they are supposed to be.

Don’t forget to use the respective…

The following changes had been made in “WP Fastest Cache” plugin. Cache System option has to be enabled to make the plugin active, Preload makes sure the plugin regularly takes and stores caches without the intervention of the users. Additionally, it provides more options to store caches of specific sections of the website in a given time frame, currently as sections it supports Home Page, Posts, Categories, Pages, Tags, Attachments and the Interval to take caches. As the Interval 8 to 12 pages per minutes is recommended depending on the hardware configuration of the server. For shared hosts keep it minimal as possible, for VPS it’s best to keep it around 8 to 10, for dedicated server anything above is fine as long as it’s not overdone. If preload is disabled, a visit to pages has to be made to store their caches. Logged in Users option restricts the cache for non-logged users, and thereby only visitors see the cache pages. This is quite useful to test any changes made in the website before deploying to public. New Post option clears the entire cache files whenever a new post is published, the new version of wp fastest cache now has additional options to clear out the cache files of all the sections or caches of home page, categories and tag, and this is same for Update Post option as well except it clears caches whenever an existing post is updated. 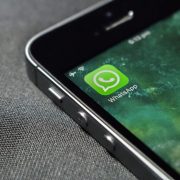