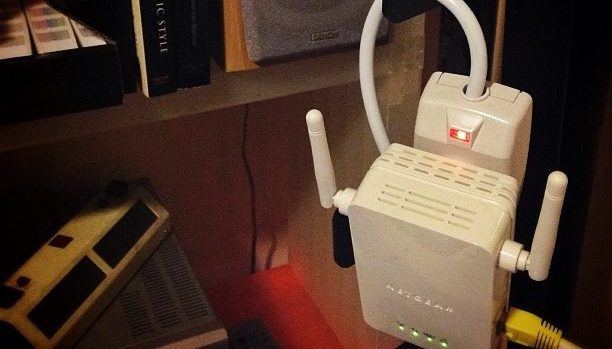 SML.20121220.IP3 by See-ming Lee, Licensed under CC BY 4.0Devices that will change your life are a series of blog articles that talk about improving your life with technology. These life hacks can help you save some of your money too. Today’s Life Changing device is the WiFi Extender.

What is a WiFi extender?

I discovered this incredible device when my internet was down and I relied on my sister’s internet which was on the other end of the house. Also If you have been using 3G or any mobile connection for connecting to the internet because you can’t access to your WiFi network as it’s in another room, then this will save your mobile data charges and you won’t even need another internet connection or a router as previously mentioned.

The WiFi extender which I bought is Totolink Ex300. It is incredible, really reliable and easy to use. All you need to do is , in the beginning , setting up the extender according to the given instructions in the manual which comes along with it. The extender then gets connected to your existing WiFi network, then simply connect your WiFi devices to that extender which connects your devices to the other end. The best part of it is that if you switched off the extender and then switched it on later, it will still remember the network it was connected to.

One part I do not like about it is that usually a WiFi extender depends on a WiFi router.Therefore, If the router is down for some reason, then the extender’s internet will also go down. But the sweet thing of this Totolink Ex300 is, it comes with one Ethernet port which can be used to connect your wired internet connection to it and use it as a regular WiFi hostpot. hence, you can still use your internet through the existing internet connection when your existing WiFi router doesn’t function properly. Even if you have a different model it is still alright as it saves us a lot of money which we would have otherwise spent on a separate router and/or internet connection.

You can buy from the following locations