NVIDIA is an American tech company based in Santa Clara, California, and is famously known for manufacturing graphics processing units (GPUs) for gaming and other professional industries. This is a huge brand we are talking about and whenever it announces any major product release top tech critics grab their judgment seats and don’t leave it for years. The most remarkable release for the gaming environment is the NVIDIA RTX 2080 GPU which is built up with a new architecture.

The RTX Cards were designed by NVIDIA with latest technologies like real time ray tracing, deep learning super sampling technology (DLSS). The major question that pops into your head right now is, IS IT WORTH THE PRICE?  As a true gamer you can’t help but notice all the awesome features it has brought in and the bright future this holds but at the same time you question the heavy price tag attached with it.

What Exactly Are the New RTX Cards?

The brand promises to be 10 times faster, 50 percent better or twice as good when comparing to the previous GeForce GTX series. These new cards- RTX 2060, RTX 2070, RTX 2080, RTX 2080Ti, and RTX Titan offer major improvement in raw power. We traditionally measure this in terms of floating point operations aka, TFLOPS. GTX 1080 has 8.9 TFLOPs performance, whereas RTX 2080 has 10.1 TFLOPs, and therefore RTX 2080 is 1.13 faster than the GTX 1080 in terms of raw computational power, but contains a similar performance to GTX 1080 Ti as its TFLOPs value is 10.6 TFLOPs. With these new card series, a new 12nm CPU architecture called Turing was unveiled to public. A new architecture means higher performance and better energy efficiency, and thereby making games run faster, and reducing the monthly electricity bill respectively.

This is the successor of Volta architecture. both are developed by Nvidia. This new architecture has many new shading models included in it, one of them being the mesh shading. The graphics card has great control over the level of details and there is a lot of performance gain with no regression in image quality. It introduces game changing ray tracing feature to general public with RT Cores, and deep learning training with Tensor cores.

Ray tracing is the best way to create hyper realistic scenes but at the cost of performance. Light is accurately modeled as it bounces on surfaces to boost graphical fidelity. Ray tracing is not a new feature, as it’s extensively used in many movies, and visual arts and videos for ages, but it’s not widely used in many computer games until recently due to performance issue. The Turing family introduced Ray Tracing feature by including RT cores in all the major RTX cards. As seen in the following video. Ray tracing helps to increase the visual fidelity by casting dynamic shadows of objects. At the moment games like Assetto Corsa Competizione, Atomic Heart, Battlefield V, Control, Enlisted., Justice, JX3, MechWarrior 5: Mercenaries, Shadow of the Tomb Raider. Support real time ray tracing feature.

Deep learning super sampling is a machine learning algorithm developed by Nvidia for RTX GPU series. At the outset, the game development company submits the game to Nvidia to train the DLSS algorithm, then at Nvidia it’s trained at 64x super sampling multiple times and released the information to users via driver updates. The algorithm makes some assumptions based on the training it had prior to that the larger version of the frame should be like this when it’s upscaled again. Since it frees the GPU from processing the actual frame, this drastically improves the overall game performance. According to Tom’s hardware, it’s roughly about 39% improvement when compared with TAA, which is another anti-aliasing algorithm.

All the big names in the scene, which ultimately raises a question is it a marketing revolution or a disaster, to dwell into newer unseen horizons?  No doubt the computer graphics industry has an evolving future with inclusion of DLSS, AI and ray tracing but are these RTX cards worth spending a whopping 1000 USD? RTX cards are no doubt the fastest GeForce graphics card on the planet right now but when we compare it side by side with its contemporaries and the predecessors they struggle to justify such high prices. The performance boost is not significantly higher than the GTX cards but at 4k resolution it is better and does provide a higher frame rate even with a single graphics card.

Comparing with the Previous Cards 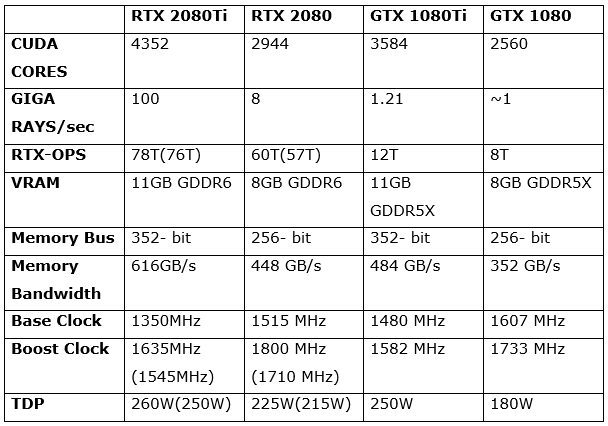 A comparison between the new RTX and the GTX cards can be summarized by the tables given below. The 2nd, and the 3rd columns represent the fps of the game at the given resolution, and on the stated graphics card.

Both CSGO and Overwatch show similar results. Strangely, GTX 1080 Ti is slightly ahead of RTX 2080 in all the resolutions at maximum settings. The same pattern was observed in 4k resolution as well. The reason for this is RTX cards are still not optimized for these games, but it will probably change in the future with new driver updates to the graphics card.

The Final Verdict: Are These Really Worth It?

If you are a GTX 1080 Ti user, but still thinking to upgrade due to Ray tracing, DLSS, then it’s not worth as they are tested with only a small amount of games, and they are not still widespread. However, there is always a possibility of newer releases with better features being added. GTX 1080 Ti card is capable of playing virtually every title at 4k at the moment, but RTX cards have a big future ahead with the latest technologies it has. While deciding upon whether to upgrade or not one must always think if he has a 4k set up or not to exploit the features of RTX cards.

Anwesha Dash is currently pursuing her BTech in Computer Science and Engineering who finds her closure in writing. Fascinated by computers and technology she often finds herself exploring new dimensions in that field. 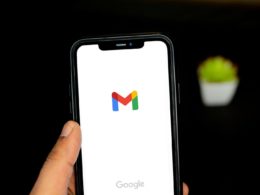