Social Networks have come a long way from Meg Ryan’s “You’ve got mail” – a movie about meeting through emailing, to Ellen Page’s “Hard Candy” in which there is a paedophile lurking on the internet. Social networking was made with the purpose of making everyone more closer, but as most of you already know, it makes us more distant and disconnect from the real world, as it makes us more closer to those who are physically not with us than the ones who physically close to us. Apart from being addicted to our phones, it also makes us unaware of our surroundings. This article points out a couple of valuable informations on how and why social media is dangerous to the general public, and what we should do to get around them.

The dangers of social media can be various. But here are some of them.

Privacy
Many people believe that social networking can be done with keeping one’s privacy intact. They think that if you have your privacy settings under control then you can preserve some amount of it. However in reality, there is nothing private on the social media. Despite having everything private, something or the other turns up on your social network account. For example you have a private account on fb, but your friend tags you in a picture of them. This way his friends can easily find you. Another popular trick on FB is to use some codes on a webpage to view a private account that isn’t even added as a friend.

We all post stuff on the website thinking it’s safe, locked and private but many companies are known to check social media profiles before hiring a candidate. Facebook is also rumoured to be selling rights of viewing private accounts to many companies. Did you also know that once you upload a picture on Facebook, you lose all your rights on it as it then belongs to Facebook. Basically whatever you post in your pictures, is viewed by important people and can not only get you fired from a job but also can leave you feeling very exposed.

Security and Safety
Security of our social network accounts is very low. An account can be easily hacked into depending on how careless or inexperienced the individual is, since many people are not very tech savvy or paying attention to every single option in their settings, it’s not a surprise that why many facebook accounts get hacked more often. Remember that there are more people trying to hack into a website or account than there are people who are trying to protect it and make themselves less vulnerable to hacking. Facebook, Twitter, Snapchat and even iCloud are some popular media platforms that have been hacked till this date. Have you ever noticed that on Facebook you can only “deactivate” your account? And to reactivate and you need is to sign in. Well hackers love such “deactivated accounts” because they keep on hacking it as the password of the account doesn’t change. Beside since such accounts are not very subjected to the attention of the user, the chances of it gets hacked is a bit high. The first thumb of rule is, if you don’t use an account, don’t keep it filled with all your details, as you never know even if it’s hacked until the troubles show up to your door step. Apart from hackers, there are other who try to view your profiles. Remember there are admins on every website and they can see everything you do including your private details.

Let’s say I uploaded a picture of me on Facebook and soon decided to delete it. Is it deleted? No. It is actually hidden from all users. In fact facebook itself publicly acknowledged that a deleted pic remains in their servers for nearly a month or even more. A copy of such a picture is still in the archive and anyone who has admin rights or any statutory rights, can still view it till it is deleted by a job called Cron job, and it’s a known fact that many governmental agencies use social network accounts of various individuals whom they suspect for surveillance purposes even without a permission of the court. Most of the kids today have phones that are larger than their hands and face! Why do they need it? Because of classes and tuitions, parents need to keep in touch with them right? Well then get them a basic cellphone with a keypad and not a touch screen, as internet in general is a very dangerous place. Not only are there scary and creepy people out there but a lot of brainwashing is carried on from internet that especially targeting children. Also let’s say a kid has an open account and updates his or her location on Facebook. The kidnapper knows exactly where to find them. Now let’s talk about pictures on social media sites. Pictures of individuals, especially girls, are almost always targeted to be resold on the internet or to be used on other websites to attract more people. The hackers prefer to use real pictures as they seem more genuine. Remember to never give out information to strangers on any social media unless you have proof that it’s a genuine person. There are many fake profiles created everywhere to attract innocent people and fool them.

Crossing roads
While walking on roads please look around and be careful. Most people these days are in a rush to reach their next stop but also want to socialise by talking on the phone or replying to someone on WhatsApp. Accidents like these are high in count these days, especially in developing countries where drivers are very careless.

Distant
That’s what social networking would really make you. While you are travelling on a train, you would choose to text one of your friends rather than listen to the antics of a very strange passenger. Don’t be shy to talk to real people around you! There is so much you can learn from them! Also you don’t need to find out what’s going on with your family by checking their instagram! Talk to them instead.

Safety, security, privacy and lack of human skills are some dangers of social media. But the most important one:  At night when you are lying on the bed under the blanket with a phone on your hand, it could fall on your face and fracture your nose and bruise your lips. All in all, tread carefully on the internet, and always pay attention to every single option in the settings to make sure the security is tight, because in default not many options pertain to the security is used. 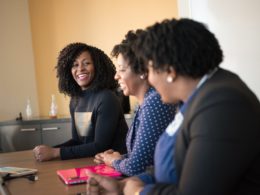