Nowadays, there is no denying that technology is something without which it’s fairly difficult to live. From speedy access to time-saving facilities, recent technological advancements have completely changed the way we live our life. Despite having ample benefits, there is a significant amount of disadvantages of technological progress. One of them is Sexual harassment, which has been in the workplace, and on the streets for some times. It has now shifted to the digital kingdom as there are various ways to communicate/interact with people.

The social network sites have created a vast difference between work and personal life, and a whole new ecosystem where the way people interact is completely different from the real world.  Just with a click, one can easily post on such sites, which may include verbal harassment, request for sexual favors and so on. Sexual harassment violates one’s dignity and creates an environment that is intimidating, humiliating or deemed to be offensive in nature. It includes all sorts of indecent remarks, unwarranted touches, when woman’s skills are undermined, hard work are uncredited. 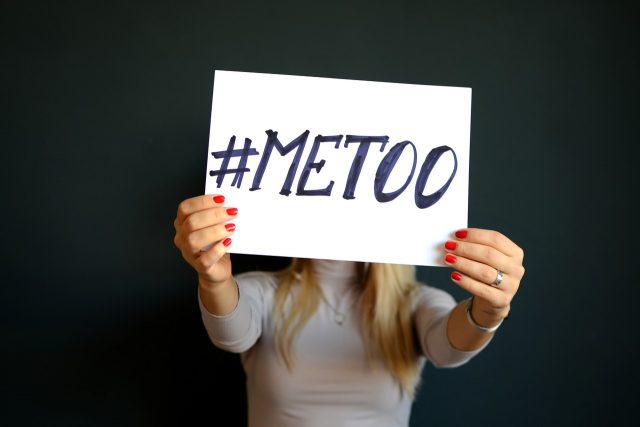 The social networks provide a platform for the survivors of sexual harassment or assault to come forward with their stories to share with women have been through the similar experience and the public. Although, they are pressured to remain quiet with threats that are extremely violent and so on by anonymous trolls, the vast majority gives them support, help to recover from the psychological trauma and assistant to bring culprits to justice. This led to the creation of #MeToo campaign that was started in Facebook, and Twitter, and It has gathered millions of women from all around the world. Many of them have posted their stories about ill treatments by men in both public and workplaces. However, it’s still quite taboo to discuss such topics in public; hence majority of women remain silent as usual.

Researchers believe that sexual harassment is quite common and a widespread problem for women and girls. The younger women are more prone to such risk due to lack of experience. The most common forms of harassment faced by women are remarks about figure, and behaviors that are unspoken like staring, whistling which comes mostly from peer groups who have equal status and power as the victim. Gender harassment happens in form of verbal and graphical. The ever increasing usage of Internet not only has serve a medium of such harassment but has also lead to increase online discrimination, identity theft, sexual harassment, cyberbullying on frequent basis. Such harassment taking place online can be categorized into two parts- materials received by someone and materials posted about someone. Offensive emails that contain offensive jokes can also be considered as a form of cyber harassment. Scholars believe that the victim of sexual harassment shall uses tools like Twitter, Facebook, blogging and other online petitions for raising their voice. It is believed that if all women come together and look out that they are not alone then it could empower them and also support them.

There are ample of ways by which the victim of such harassment can deal with such online harassment effectively. A filter system on the computer can be installed to detect and discard emails from individuals who are identified as sexual offenders. Direction can be given to the computer to block messages that are sent from users who are offensive or is felt by victim that such person is harassing them. One should protect itself from seeing materials that they find offensive while browsing online for information. Internet controls can be utilized in many computers through which parents can spy on activities of their children on social media sites and also prevent them from visiting inappropriate websites. Moreover, due caution should be taken on what type of information to be posted and made available to the public as some online trolls can use them against women. In many social networks, the privacy settings can be adjusted, so only friends and family can view certain published content. Another successful method in removing offensive materials is contacting site administrator/moderators. In facebook, twitter and Google plus there is a report button on every profile through which harassers can be reported outrightly. This way the victim not only feel supportive but also strong.

In Workplace, the role of employer comes into play. The employer can install a computer program that examines emails to block them if they contain offensive, intimidating and humiliating keywords. More Importantly, they shouldn’t ignore lewd comments made by their male employees on women on social networks as unimportant. The matter should be taken seriously and promptly and a thorough investigation should be conducted outrightly, then the appropriate actions should be taken against culprits based on the severity of the action by the employer in a steady manner and the investigation results must be informed to the affected employee. Like this, by taking necessary actions promptly, sexual harassment on women on social networks and online can be lessened if not eliminated.

Sreeti is a blogger who loves to be what she is. She has graduated in BCom (Hons) from Delhi University. She writes about life experiences and has done ample of blogging and content write ups. Her hobbies includes dancing, painting, writing and travelling. You can read more of her posts here.